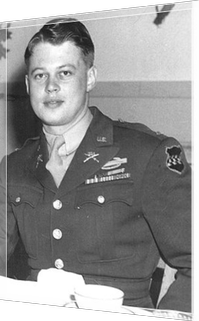 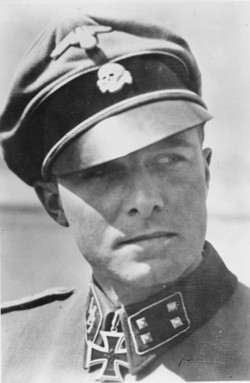 THE BATTLE FOR LANZERATH: HERE, AT A TINY VILLAGE IN THE LOSHEIM GAP,
A FIERCE FIGHT TOOK PLACE ON 16 DECEMBER 1944.

The snow covered the field to the front of the I&R Platoon, 394th Infantry, and extended  200 yards down to the first house in Lanzerath. The field was bisected by a farm fence about four feet high, creating a main line of resistance. The two- and three-man foxhole bunkers were covered with six to eight-inch pine logs. Fresh snow had fallen several times and camouflaged the positions beyond detection. A bitter cold had temperatures ranging from the teens at night to the twenties and low thirties during the day. Snow was two to four inches deep in the fields and drifting. The sharp wind gusted from the north and forced a freezing fog to roll over and across the platoon area.

The action of the Intelligence and Reconnaissance Platoon of the 394th Regiment, 99th Infantry Division, an 18-man outfit led by a 20-year old lieutenant named Lyle Bouck Jr, was one example of the kind of dedicated stand which sidetracked the German offensive on 16 December 1944. The I&R Platoon had occupied their positions since 10 December 1944. This handful of soldiers was positioned outside Lanzerath, on a hilltop in the northernmost part of the Losheim Gap. On 16 December 1944, after a heavy artillery bombardment and the retreat of the nearby friendly tank destroyer section, Bouck's men obeyed their orders to hold at all costs.

Lt Lyle Bouck Jr., commander of the I&R Platoon:
"Suddenly, without warning, a barrage of artillery registered at about 0530 hours and continued until about 0700 hours. The artillery was relentless and frightening, but not devastating. Much landed short, wide and long of our position, and mostly tree bursts. At any rate, our well-protected cover prevented casualties. The telephone lines were knocked out, but our one radio allowed us to report to regiment. I called regiment and told them, 'the TDs are pulling out, what we should do?' The answer was loud and clear: 'Hold at all costs!'

"The next hour or so, nothing happened. Then suddenly we spotted a column of troops marching toward Lanzerath. This was reported to regiment, and I asked permission to withdraw and engage in a delaying action. Regiment said; 'remain in position and reinforcements from the 3rd Battalion will come to support you (they never arrived).

The German soldiers deployed and attacked up the hill, but the heavy fire of Lyle Bouck's men made it impossible for the Germans to get up the hill, and they retreated. Lt Lyle Bouck Jr.: "Sometime in mid-afternoon, a second attack was made and repelled, but left its mark on the I & R Platoon. The communications were out, ammunition was running low, the wounded increasing, and apprehension running high. Our evaluation was not impressive. A third attack was directed on the platoon later in the afternoon; this was also repelled. Our ammo was not out, but it was low.

"All of a sudden and no one knows from what direction, our entire platoon was infiltrated with Germans. Some firing, screaming, and running. As I ducked back into the hole, automatic small arms fire ripped into our emplacement. Just then, the end of a burp gun barrel pointed into our hole. At this time, everything seemed quiet, with just small amounts of sporadic rifle fire. A voice asked calmly, 'Who is the commandant?' I informed him it was 'me.' He wanted to know what my men were going to do. I told him I would call them from their positions if he would have his men to stop firing. This was accomplished and we were searched."

The Battle for Lanzerath was over. The men of the I&R Platoon left about 60 dead and wounded German paratroopers on the fields surrounding the tiny hilltop. For 18 hours the Americans held off an entire German parachute battalion (1st Battalion of the 9th Infantry Regiment of the 3rd Parachute Division); not until their ammunition was exhausted, their radio had been destroyed, and Bouck himself and most of his men had been wounded did the GIs capitulate. Thus, a small group of men, including four men of the 371st Artillery Forward Observation Team that had earlier been in the town and helped Lyle Bouck an his men, was responsible for holding off a 500-man strong battalion a whole day. This I & R Platoon was later decorated for valor.